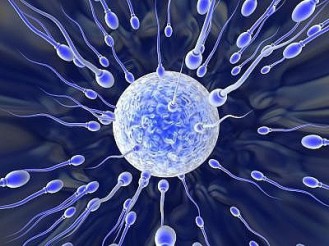 After two unsuccessful attempts about 18 year ago we have bred 4 litters by using frozen semen lately.

The use of frozen semen makes breeding so much easier as I used to fly over to the USA for many years to have our girls bred there naturally. We would like to thank our repro vet Dr. Konrad Blendinger for doing a great job on the Artifical Inseminations.

Here is some information about frozen semen.

Liquid nitrogen is being used to take frozen semen to the extreme temperature of -332°F or -196°C. After the semen is collected it is analyzed for concentration and total numbers, morpholgy and motility. After thawing the sperm has a much shortened liefespan of only 12 - 24 hours.

Mother nature gives us a large margin for error in our timing for natural breedings, because of the fresh semen's long lifespan of up to 6 days. When dealing with frozen semen we need to find out when the ovulation has accured and deliver the frozen semen to the eggs that had been maturing for 2 to 3 days after ovulation to be ready for fertilizsation.

There are many factors that can affect the viability of frozen semen. While the semen of an older male can still be frozen, a better collection can be expected from a young, mature dog (two to six years old). Therefore it is better to collect and store a dog at a young age based on potential, rather than wait until a male is in great demand, but unfortunately much older. The male's overall health is extremly important as well.

The quality of the semen can also be affected by the dogs libido. Most dogs will perform better if a "teaser" bitch is present at the time of collection. The outcome is successful in most cases with a teaser bitch and some patience.

Several breeding options exist for the use of frozen semen. Most reproduction vets would agree that a surgical insemination of the semen directly into the bitches uterus provides a better chance of pregnancy and increased litter size. This can be accomplished with a very small abdominal incision and injecting the semen directly into the two horns of the bitches uterus. A newer method called transcervical insemination  (TCI) involved using an endsocope. A catheder, which is guided through the cervix, also deposits the semen directly into the uterus. Most bitches in season will tolerate this procedure without sedation. Regardless of the type of insemination, the most critical variable is the timing of the procedure to match the fertile period of the eggs. Accurate ovulation timing is accomplished by a series of blood test to identify the most fertile period.