Ch. Pahlavi Over The Rainbow 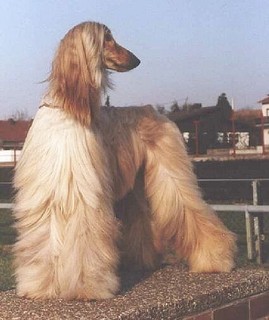 "Lucy" was imported rom the USA when she was 6 months old. She's a litter sister (out of the repeat breeding) of Cody, Ch. Pahlavi Rhythm Of The Night and became the dam of our H-litter in 1993.

After raising her one and only litter she became a German Champion and left us many years later at almost 15 years of age.